Notes from my travels… 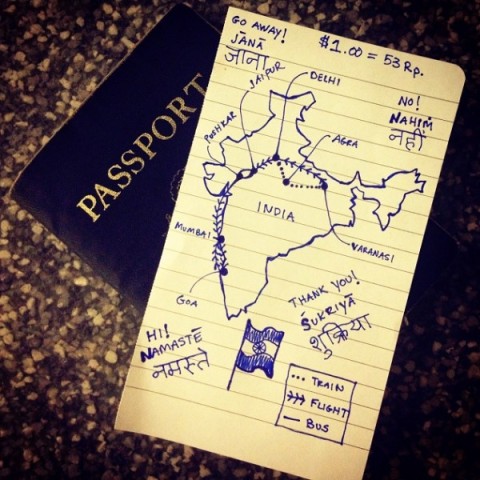 As my time here in India is coming to a close, I’ve thought long and hard about how I can sum up the country, if not on paper, then at least in my own mind. As I walked the streets of Mumbai tonight, watching families huddled on the sidewalks, preparing their meals, putting their children to bed, and washing their clothes, I wondered about their struggles, sorrows, and triumphs: their stories. It would take a diligent lifetime to fully understand most countries, but even that wouldn’t suffice for a place such as this.

India is a world all its own. One minute you love it, the next you don’t. A trip here is like experiencing all of life’s greatest emotions, one right after the other, and sometimes all at once. There are extreme highs, followed by extreme lows. One second you’re happy, the next you’re sad. What you see is what you get. It’s not sugar coated or watered down. And while in many ways that brutal honesty is almost something beautiful, for so much of what we see at home, in the first world, is an illusion, it isn’t always easy to swallow.

The best way I can put it is that India is indescribable. Surely nowhere else in the world can have such a diverse and interesting culture, at such intensity, in such a small space. Over a billion people are squeezed into a country much smaller than other giants, and it is better understood as a continent, than just a single country. North to south, east to west, and everywhere in between, the country alters, changes, and never fails to grab your attention. From the mind-blowingly crazy collection of beliefs and traditions that is Hinduism, with its monkey gods, rat temples, and three-headed elephants. To also having one of the largest Muslim populations, where you can often hear the call to prayer from nearby mosques. And let’s not forget about the millions of Sikhs, Christians, Buddhists, Jains, Jews, and Catholics in the mix. A lifetime of investigation would barely scratch the surface. Just names of religions do not demonstrate the complicated social systems and hierarchies that are intertwined with the spiritual aspect, and the delicate web that is weaved by the mixing of so much, so intimately.

Ultimately it is a country of riddle, wonder, and great contradiction. It has been a privilege to spend the past few weeks here, attempting to unravel even the tiniest of threads. Despite the many challenges with just about everything I attempted to do – and I do mean everything – along with a number of underlying traits of the national psyche that I find very hard to reconcile, I am leaving this place exhausted, but enchanted. India isn’t a trip or a vacation, it’s an experience. One that I feel very fortunate to have had…

You are currently reading Farewell, bidā’ī, बिदाई at Notes from my travels... .